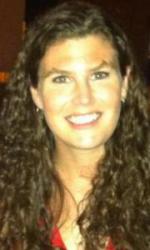 For my first blog post as a Grameen Foundation Fellow, I had planned to introduce myself and my work in the Latin American Caribbean (LAC) office. I was going to provide information about my studies and recent graduation from the Josef Korbel School of International Studies with a Masters in International Development. I planned to discuss my past work helping to start a fair trade tea company among small-scale farmers in rural Ecuador and supporting indigenous rights in the Belizean jungle. I was going to elaborate on my excitement as I began a fellowship that combined my interests in environmental issues and farmer development with the rapidly growing field that is changing the way development practitioners do their work: mobile technology.

But, Colombia dealt a few tough hands, and while I’ve had a few weeks of work and am proud of the work I was able to do in those weeks, I want to first talk about the LAC Grameen Foundation family. One of the reasons I enthusiastically accepted this fellowship was that the LAC office seemed to be a place I would want to work. The people I interviewed with were passionate; their enthusiasm for their work easily moved through the computer and across thousands of miles. They seemed not only dedicated and compassionate, but also a group who enjoyed their work and each other. So with the fellowship offer, passport, visa, and two suitcases in hand, I moved my life to Colombia, eager to join the LAC Family. It took only one crazy week to confirm my hope that the LAC office is indeed comprised of fun, caring, and passionate people.

This understanding was further reinforced as I handled my first challenge: Dengue Fever…twice. As I battled Dengue Fever two times over my roommates, and fellow Grameen employees who had just opened their home to me a few weeks before, now took on the role of caregivers. Contacting their moms for advice, checking on me as soon as they came home from work, and delivering food and Pedialyte, they supported me through my first and second bouts of dengue. I also received supportive text messages and emails from my coworkers, and hearty welcome backs when I returned to the office.

Just as I was recovering from my second round of Dengue and preparing to return to work, part of my apartment complex collapsed on the night of October 12th. As the ceiling above us began to splinter, my roommate and I fled the crumbling building together with only the clothing on our backs and things in our hands. When we reached the relative safety of the street we immediately called another GF employee who set a plan in motion to meet us. Because of debris blocking the nearest street, live electrical wires, and leaking gas, that plan meant climbing up a windy road on the side of a mountain.

Two GF employees met us at our meeting place, having already sent messages to the rest of the GF LAC team, explaining what had happened and letting them know that we were okay. That message sent the GF team into action; they did everything in their power to make sure we felt safe and comfortable. Team members’ homes were opened, meals were purchased, clothing drives organized, and compassionate hearts opened. I will forever be grateful for the support of the entire LAC team.

Just as I was overwhelmed by the generosity of the LAC team, I was impressed by the way the city of Medellín rallied around those affected by the collapse. Over 100,000 people have been impacted by the collapse, evacuated from their homes and without their possessions. Even worse, eleven people were killed, the last body was pulled from the wreckage 13 days after the apartment collapsed. My heart aches for them and their families, and the terror they must have felt as they realized the world was crumbling around them.

Though I would never choose to relive the first six weeks of my fellowship, I did learn a lot about the quality of the organization. I learned that for Grameen, helping the world’s citizens achieve their potential starts with making sure GF employees can achieve their potential. I learned that I am not alone in a country of strangers. And I learned that despite all the difficulties and challenges I faced, I continue to be excited for the opportunity to be part of on organization that values compassion, integrity, empathy, and team work.

Laura Burns is a CKW Operations Fellow, based in Colombia. Check back for more about Laura's experiences in the field.