Research Activities in the Philippines 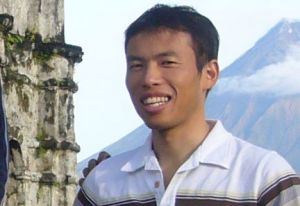 I am a member of a Tokyo based NGO, Living in Peach, which studies on various microfinance issues and joined the Grameen Foundation’s Philippines office for about a month in January 2010. A few days after I arrived in Manila, Mr. Tan (the country director) offered me the opportunity to come along on a trip to inspect an MFI (Micro Finance Institute) in nearby famous Mayon Volcano. So, I woke up at 4:00 a.m. and caught an airplane to get there. At Mayon, I met a Father who had set up an MFI, and a well-established consultant. During the trip the next day, we started the most interesting conversation regarding the profitability and social responsibility of an MFI.

The consultant explained the logic to me: if an MFI did not chase profitability, the MFI could not provide loans to the poor. However, the problem is that this logic is not automatic. Even if an MFI has enough profitability to offer such a loan, they will not do so if they consider only profitability, and not social performance. In other words, to achieve a double bottom line, we need to either raise the profitability of a socially responsible MFI, or educate a social mission to an already-profitable MFI. The MFI the Father set up is the former case - a mission of profitable development. The MFI was established fifteen years ago and became independent of the church seven years ago; however, their funds still come from the church.

Our investigation gave us a good picture of the MFI. We thought the MFI could improve their financial performance. Also, they have an MIS (Management Information System), but it is not online like MIFOS, the Grameen Foundation’s MIS. Because of this, it takes two weeks before these data are collected and reach the desk of the CEO. If an online system is introduced, this time will be shortened.

As my overall impression, I think this MFI would be the best choice if I would like to invest my money for social significance. However, the MFI is not looking for investment from external funds. Even in this case, I realized there are many other things an organization like the Grameen Foundation can support through the use of MIFOS, or other consultation services. This trip broadened my outlook.

Disclaimer: The views represented here are solely those of the volunteer and do not necessarily represent the views of Bankers without Borders, Grameen Foundation, our sponsors, the microfinance institutions, or the volunteer’s employer.